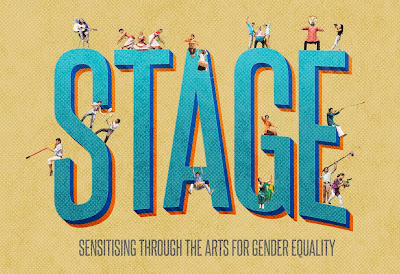 “There is one universal truth, applicable to all countries, cultures and communities: violence against women is never acceptable, never excusable, never tolerable.”....  UN Secretary-General Ban Ki-Moon

WHY WORK ON VIOLENCE AGAINST WOMEN: Violence affects every third woman in the world. Verbal, psychological and physical violence scars women. And most women live in fear and silence. Suffering through their lives. This is wrong. Half the world cannot live this way if the world is to be happy and healthy. This must stop.

MAJOR CAUSES: The causes for violence are much more deep-rooted than what meets the eye. The world works on a patriarchal system. Men are considered powerful and leaders, people to be listened to and followed. Women are chattel, financial burdens because of societal practices of expensive weddings and dowries, and the belongings of the males of the family. The economic implications of this lead families to abort female fetuses. Religions preach the virtue of women’s suffering, and praise devotion that often means putting up with despicable and horrifying violence. Media and films perpetuate this image that women are a man’s entitlement. And women have nowhere to turn to in a judicial and economic system weighed against them.

WHY YOUTH: They are more open to different ideas. They are at a point in their lives where they can make concrete changes to break the cycles of violence. When their marriages happen, they can ensure that the bride’s family faces no financial hardship. They can ensure that their girl children are not aborted. They can change their language and stop using swear words that defile women. And they can change others – their friends, their families, the world.

DARPANA: India’s leading arts academy has been using the arts for social change for four decades. Through theatre, videos, TV, music, dance, music videos and quizzes, we have reached over 2 million people across many parts of India and changed attitudes and behavior. We have sung about health and nutrition, performed about the environment and human rights, made TV programming about all that and more. And our focus has been women and their abuse and empowerment. We have partnered UNICEF, USAID, Central Ministries, Ford Foundation, McArthur Foundation and many more.

HOW STAGE WORKS: We will work with youth in colleges to empower them to be activists for change with tools from the world of arts to help them start dialogues about abuse and violence – when it happens, where, how, why. When do women feel threatened and do men really intend it. Why is a daughter treated differently from a son? Why is every abuse word related to harming or violating women? Why don’t good men stand up when others are being abusive even in jest? What is a man and manliness?

RESULTS: We expect a change in the attitudes, language and behaviours of the college students.
A cadre of 400 young people from different backgrounds, sensitized, aware, vigilant and empowered to persuade, to discuss, to change. Through them a million dialogues will start. Awareness will increase. Alternatives provided. Women will be safer. Less threatened. And the world will be a better place. We go local in Ahmedabad, glocal in three years.

BUDGET: Our budget for the project is Rupees 1 Crore for the first year. Click here to see our crowdfunding page https://www.fairfundr.com/campaigns/stage/